The JFA Yacht & Ship TEAM continuously raise the bar of excellence thereby leading the industry by example one yacht & ship acquisition at a time.

Capt. Rich Milroy is a Licensed and bonded JFA Yacht & Ship consultant with 20 years in the marine industry. Capt. Rick’s knowledge is an asset to any seller or purchaser. He wants his clients to feel comfortable with the process of buying and selling and is able to help advise on any vessel issues so that his yacht owners feel comfortable throughout the process.

He currently lives in Pompano Beach, Florida and enjoys golfing and spending time with his wife and teenage daughter.

Capt. Rick was born and raised in southern Michigan where he spent eleven years as a police officer before moving to Florida for warmer weather. He spent the next twenty years with the Fort Lauderdale Police Department where he served on both the motor and marine units. Following his retirement from the police department in 2004, his love for the water and boating continued and he began his second career in the marine industry.

Capt. Rick obtained his 100 ton Master Captain’s License in 2002 and began his career in the yachting industry with Bob Roscioli as a project manager with Roscioli Yachting Center, one of the largest yachting facilities in South Florida. This position enabled him to gain extensive knowledge of many types of yachts including Lazzara Yachts who later recruited him as their project manager. Capt Rick worked directly with Lazzara Yachts at the factory in Tampa. He assisted many happy Lazzara yacht owners during and after his time there. Wanting to gain more in depth yachting knowledge, Rick took a position as the Chief Engineer on the 143’ Richmond Yacht, “Princess Sarah” where he cruised the eastern and western Caribbean for several years . Following his return to land he was fortunate to work as the service manger and corporate captain for Zeelander Yachts. This enabled him the opportunity to not only gain extensive experience but great friendships with many owners of these high end yachts which led him to serve many of the owners in other capacities. He has captained and delivered numerous vessels up and down the east coast of Florida, up to New York, the Bahamas and throughout the Caribbean. Capt Milroy currently serves as a private yacht captain where he also deals with yacht companies including Palm Beach, Zeelander, and Grand Banks. He is frequently hired by yacht companies for sea trials because of his extensive knowledge of mechanical systems. 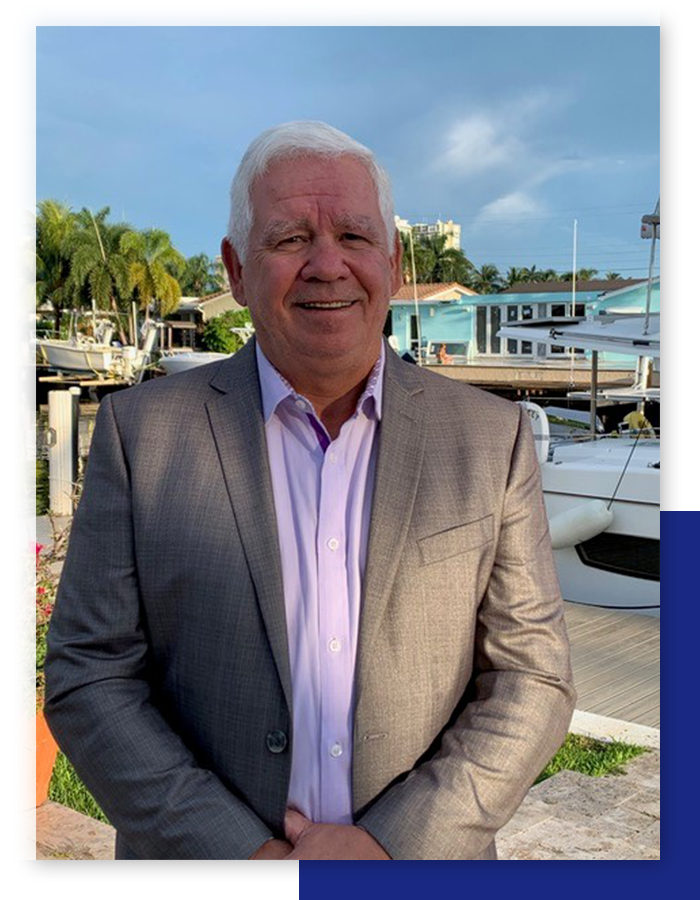