Stories from the Sea: A January Delivery 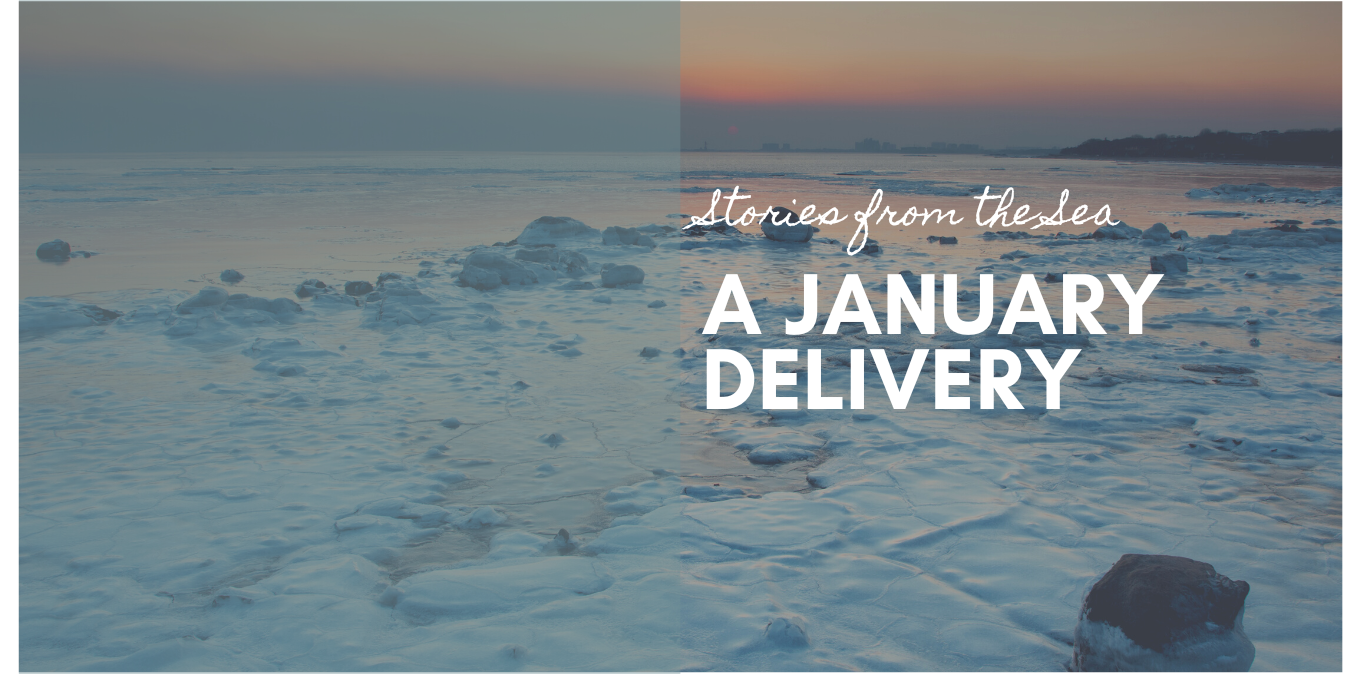 Working in yachting isn’t always as glamorous as it seems. Four short years ago, I was tasked with one of the most challenging jobs I’ve ever had to power through. There’s a saying that goes, “Tough Times Make for Great Stories” and that’s true. Whenever January rolls around, I can’t help but reflect and I love to tell this good one.

I was in Annapolis, Maryland and tasked with getting two, 44-foot Fountaine Pajot catamarans from Philadelphia, back to Annapolis. We had a two-person crew for each vessel ready. We left Philadelphia at 2:30am in the morning and as I got up, I soon realized it had been snowing. We got down to the container ship carrying the boats and quickly saw the top of the container ship was covered in about 3” of ice. My stomach sunk. If this was any indication of how this trip was going to go, we were in trouble. We broke in through the emergency hatch underneath the boat because the transom of the boat was hanging over the edge of the container ship, so I couldn’t go climb up the ladder, meanwhile everything was covered in ice and snow. 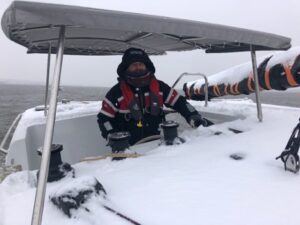 We had concerns about the canal. In Delaware, we heard there were issues with some of the train bridges. I knew what risk that held for us. If the train bridge didn’t work, we would need to go out into the Atlantic, down the coast, and turn up the Chesapeake Bay. Winter was not the time to be out on that body of water. So many things could go wrong. I was worried at the thought and hoped that the worst-case scenario wouldn’t become our reality. We provisioned for four days just in case.

The boats were craned down into the water by 8am and it was all systems go. Almost immediately, a blizzard began. I laughed, was this a joke? I sure wished it was. It was miserable. I had *maybe* 50-foot visibility. The boats were covered in 8” of snow and the blizzard started blowing sideways. Ready or not, we were headed south to try to get back to Annapolis.

The blizzard passed and I sighed with gratitude. One hurdle down. We happened to hit the tide schedule correctly so even if January’s weather wasn’t on our side, we had the current going with us. We were averaging about 12 or 13 knots. By the time we got to the canal, the current started to change. We started going slower and turned into the canal. 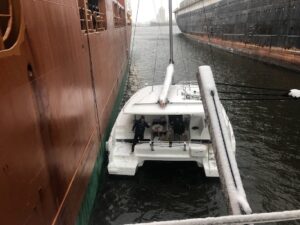 The first train bridge was stuck in the down position- my nightmares were coming true. We circled for about 45 minutes, making calls to the state and our office, seeing if we could get ahold of anyone. Eventually someone answered! They got the bridge up high enough so we could pass underneath and got under the last bridge around 3:30pm in the afternoon. We didn’t want to risk trying to come down the bay after dark with the weather conditions, so we pulled over and docked for the night. It was 28 degrees in the boat. I couldn’t feel my hands or feet, so we found a restaurant where we could warm up and have a nice, hot meal. Back to the cats, we fired up our generators, each of the crew having a little space heater for their cabin.

6am the next morning, we finished the trip back to Annapolis on a beautiful crisp, clear day. The success we had was due to our preparation. We had our gear planned; our food planned and lots of perseverance because the tough sure did get going, and to this day it remains the most miserable two days I’ve ever spent on the water. After this season, the brokerage houses now only send boats to Fort Lauderdale in the wintertime and thank goodness for that! This January trip will always send a shiver up my spine. 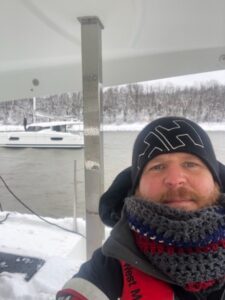 “I was born and raised in Annapolis Maryland and have traveled extensively through the US and Europe. I am an ABYC certified electrical expert with over 25 years in the marine trades. I am familiar with both power and sail. Looking forward to helping you with your new Yacht and getting you out on the water.” 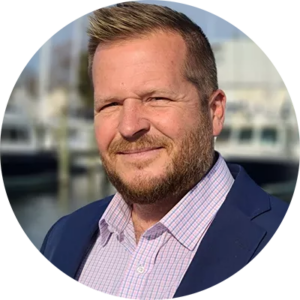 Stories from the Sea: Turning The Tide of Life
February 1, 2023