The JFA Yacht & Ship TEAM continuously raise the bar of excellence thereby leading the industry by example one yacht & ship acquisition at a time.

Founder Capt. James Fachtmann – CPYB, is himself a Certified Professional Yacht Broker who has been a Licensed and Bonded Yacht Broker for the last decade.  Born from a passion of the sea and boating, JFA Yacht & Ship is a culmination of 30+ years of yachting experience & successful yacht brokerage world-wide.  A “Fun & Easy” client experience takes hard work, dedication to service, and unwavering integrity to ensure.  Having built a successful “New Yacht” & Brokerage career himself, James understands how vital & rare such traits are in the marine industry.  James founded JFA Yachts to bring together a collaborative team dedicated to meeting and exceeding our clients needs and desires.  Whether racing cross oceans, hiking mountains in Japan, or yachting thru the Mediterranean for Monaco’s Formula One — the JFA Team has found success working together to accomplish the goals we set together.  A Team that plays together, WINS together. Creating the environment where a team can consistently WIN for your benefit is Capt Fachtmann’s top priority when he is not enjoying his other passion— flying as an airline pilot.  Both passions require excellence not as an act but as a habit.  Borrowing from his airline culture, the JFA Yacht & Ship way is three-fold:  Warrior Spirit, Servant’s Heart, with a Fun-Loving Attitude.  In this way the core focus is on building a team of like-minded, passionate, and ethical yacht consultants to make yacht transactions seem “Fun & Easy” for our valued yachting enthusiasts.  Living the JFA Way ensures that our clients receive our best effort, sea-dogged persistent, respectful curtesy, and a celebratory fun-loving attitude.

Ever present on James’ desk are these words by which he endeavors to live by:

Excellence is an art won by training and habituation.  We do not act rightly because we have virtue or excellence, but we rather have those because we have acted rightly.  We are what we repeatedly do.  Excellence, then, is not an act but a habit.  — Aristotle 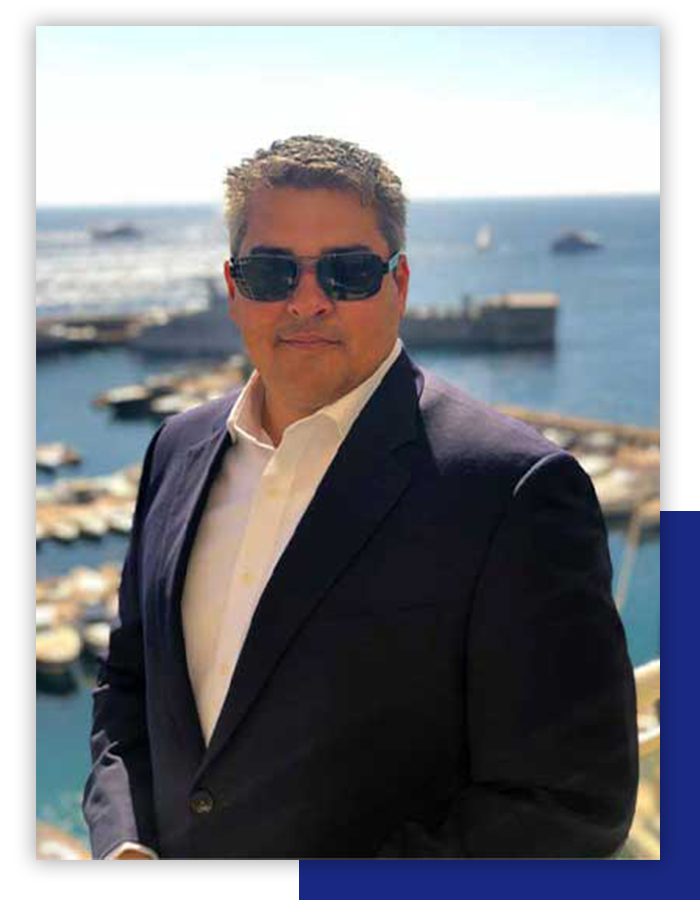 I have recently purchased a Fountaine Pajot Saona 47 catamaran through James Fachtmann and was quite happy with the service and support he provided me throughout the process. James cares about the happiness of his customer not just in the near term but also for the long term and clearly feels he has an obligation to treat his customer ethically…

Capt James began racing sail boats at an early age of 10 growing up in the Tampa Bay area with his beloved father, Bob Fachtmann and twin brother, Richard.  From Snipes to J’s he raced competitively whenever and where ever he could.  During his college years (1990-1994), James raced in New England as a member of the Norwich Sailing Team and while attending University of Florida he won the Dunedin Yacht Club’s Boat of the Year 4 years consecutively as a member of TEAM FACHTMANN!  While building a marketing and aviation career, James raced and cruised in the Mediterranean, Cuba, Mexico, the Bahamas, the Caribbean and the USVI/BVI’s. He has captained for various companies to include the Sea Scouts, The Moorings, Marina’s International, and Yacht Sales Florida.  Prior to his airline career, James earned the coveted Airline Transport Pilot & “Gold Seal” Flight Instructor’s ratings while flight instructing in Gainesville, FL where he helped create UAC— University Air Center.  During those same years, late 90’s and early 2000’s, James gained valuable formal sales and marketing experience as a successful member of companies like  ALLTEL Mobile, US Cellular, Data Recovery Labs, and Naylor Publications before making his leap of faith into the Airline industry.  His first airline was Pinnacle Airlines (2004 – 2008).  Hired by AirTran Airways in 2008 and then landing at Southwest airlines when the two airlines merged in 2015.  During the financial crisis of 2008, James was temporarily furloughed for 7 months allowing him time to convert his yacht delivery business into a yacht brokerage career.  Simultaneously, he earned his Bachelor of Science Degree in Professional Aeronautics from Embry-Riddle Aeronautical University.  From 2010 – 2015 James Fachtmann earned “FYG Rookie Broker of the Year” and then “FYG Broker of the Year” every year afterwards until he founded yachtmann.com spring of 2015 with his twin brother.  In the summer of 2015, James was invited to become a member of ACY’s “New Yacht” sales team by the owners of Atlantic Cruising Yachts—  the #1 Global Dealer for Fountaine-Pajot & #1 North American Dealer for Jeanneau Yachts.  James continues this mutually beneficial relationship with Chris Bent’s team to this day.  If your goal is to own a Fountaine Pajot or Jeanneau Yacht click here to be directed to James’ ACY Landing page.  In April of 2019, James left the helm of yachtmann.com (a boat brokerage firm) in the trusted hands of his capable twin brother, Richard, in order to build JFA Yacht & Ship, a Yacht & Super Yacht Brokerage Team focused on yachts greater than 67’.

James is currently a USGC Licensed Master Captain 50/100 Ton, a Southwest Airline Captain, and a Licensed Bonded CPYB Yacht/Ship Employing Broker.  While not sailing the “Deep Blue”, James is either piloting Boeing aircraft for Southwest Airlines, helping his team and clients find their dream yachts, or spending time with family and friends.

Take advantage of his team’s unique talents and nautical experience.  JFA Yacht & Ship is your pathway to the seas!