Stories from the Sea: A Step Back In Time 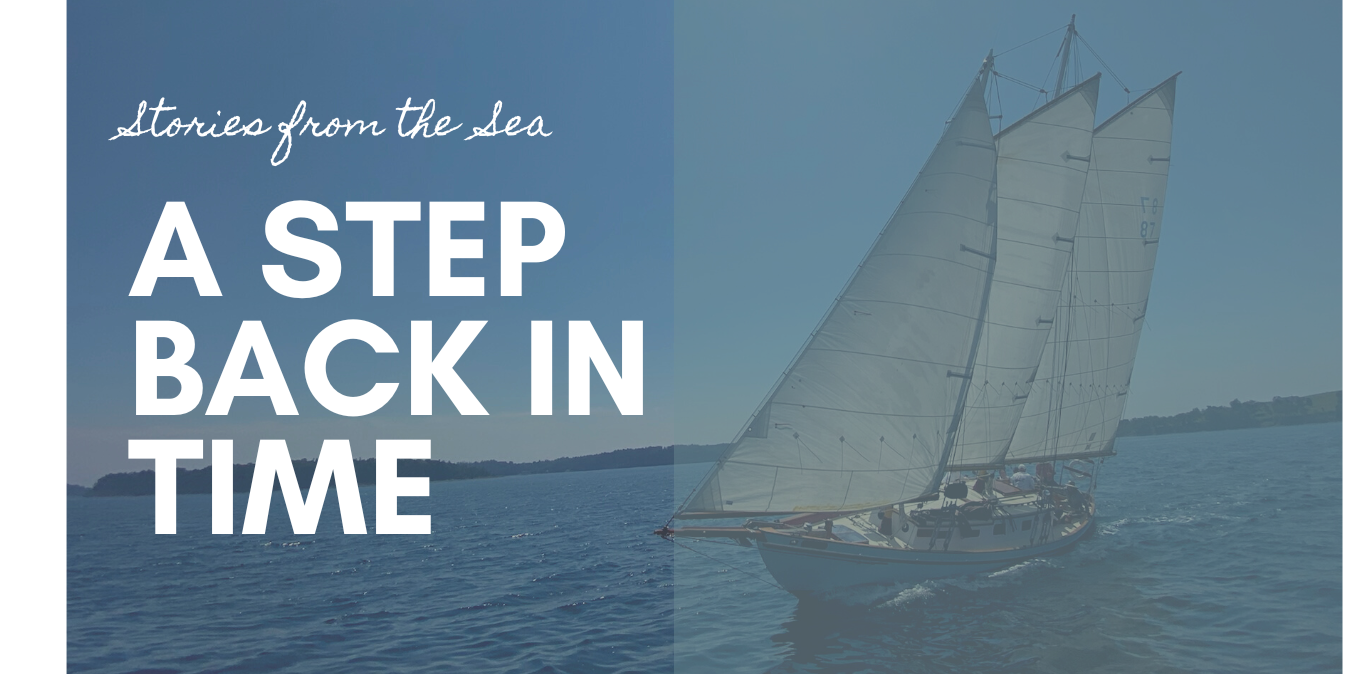 I learned to sail as a Sea Scout in Coral Gables helming and crewing a Catalina 36 at the age of 11. That experience birthed my love for the sea. Living in Florida provided more opportunities to snorkel, swim and explore the waters around Miami and the Keys. Over time, I became an avid sailor, free diver, and fisherman. I have always been a history buff. Once I was introduced to Patrick O’Brien’s Aubrey-Maturin tales (starting with Master and Commander, of course!), those books expanded my dream to sail on a tall ship someday (Russell Crowe would later star in the popular movie “Master and Commander,” bringing O’Brian’s novels to the big screen).

Then I met Captain Valerie Doan while we were preparing Kokomo (a Sunreef 80 power catamaran) for the Miami Boat Show. Captain Val and I became good friends, and she graciously invited me to her home in Nova Scotia this past summer for the annual Wooden Schooner Race Week and the Chester Race Week! A whole lot of sailing in a very short period. Little did I know that stepping onto a Wooden Schooner would strike me to the core by bringing to life all the images I had imagined while reading the Master and Commander series.  A surprise dream come true.

When I arrived, everyone was welcoming and friendly. Out of the nine historic vessels racing that week, I would be a guest of Alex Rhinelander and his family on Comet II, a gaff-rigged schooner. Setting foot on her felt like stepping back into history. I was drawn to the maze of ropes – it was a lot of running rigging – and I was impressed by how stable the boat was. Comet II’s first mate, Scott Sanford, walked me through all the rigging, its function, and how to handle it. I laughed to myself, about how spoiled I’d become using electric winches and rigging run back to the helm versus what it takes to handle the lines on one of these classic boats. If only the men and women of old could see the technology and materials of today, I know they would have shared in my laugh.

It was an emotional epiphany for me. I got a glimpse into the lives of sailor in that time “when iron men went down to the sea in wooden ships.” Captain Val had no idea what this opportunity meant to me. I was experiencing, in some small measure, what the characters in O’Brian’s novels had.

Over the next five days, I was transported to another time. The races were competitive but most of all, focused on good seamanship, good sportsmanship, and having fun. I connected to the heritage of sailing and the fortitude needed to voyage in such an exposed environment. I imagined how the sailors before felt the ropes the same way I did and strategized for speed the way they had. It made history come alive for me.  I felt more connected to the past in my present. It gave me a sense of gratitude for those who came before and those who seek to preserve that feeling by honoring our roots.

Being on the ocean represents strength, freedom, and resilience to me, and that has never rung truer than after my adventure in Nova Scotia. I can’t thank Captain Val and Captain Alex enough for giving me the opportunity, and with Scott, the education in how those beautiful boats capture the sea to transport us on adventures, even if it’s just a day race on Mahone Bay. 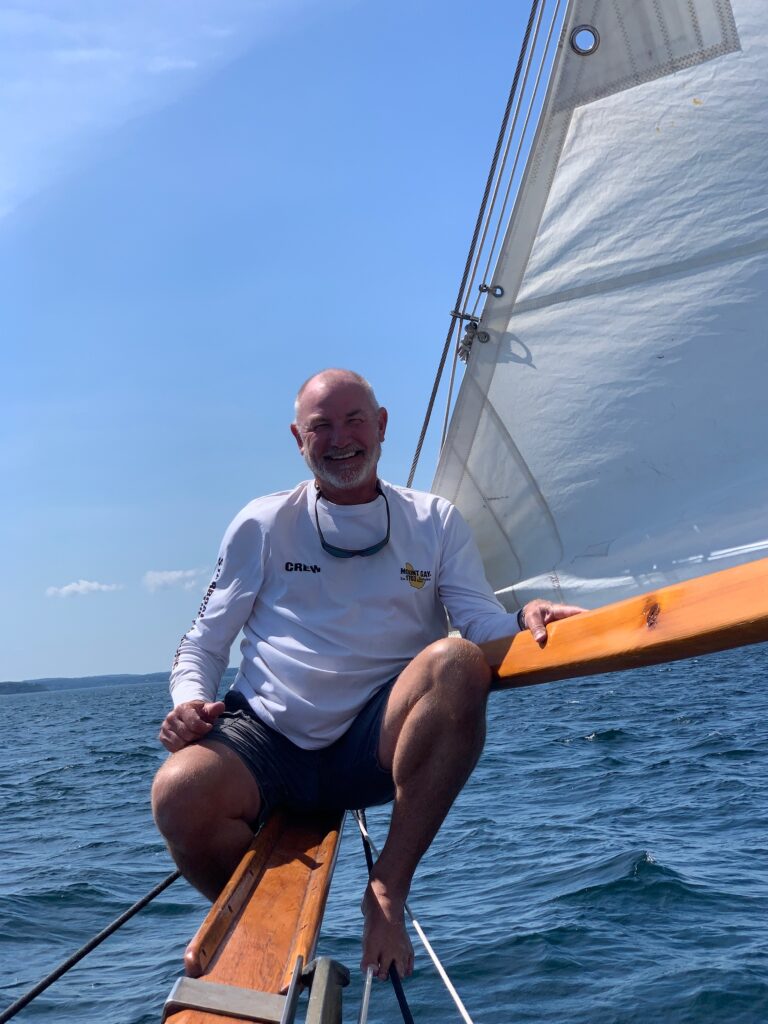 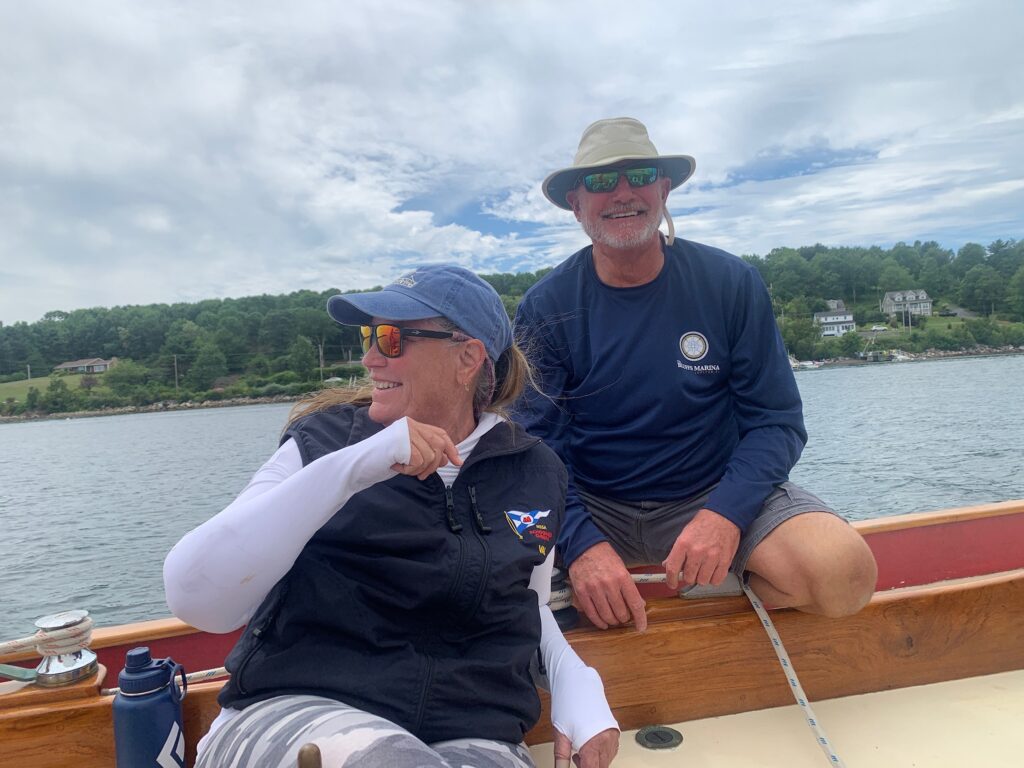 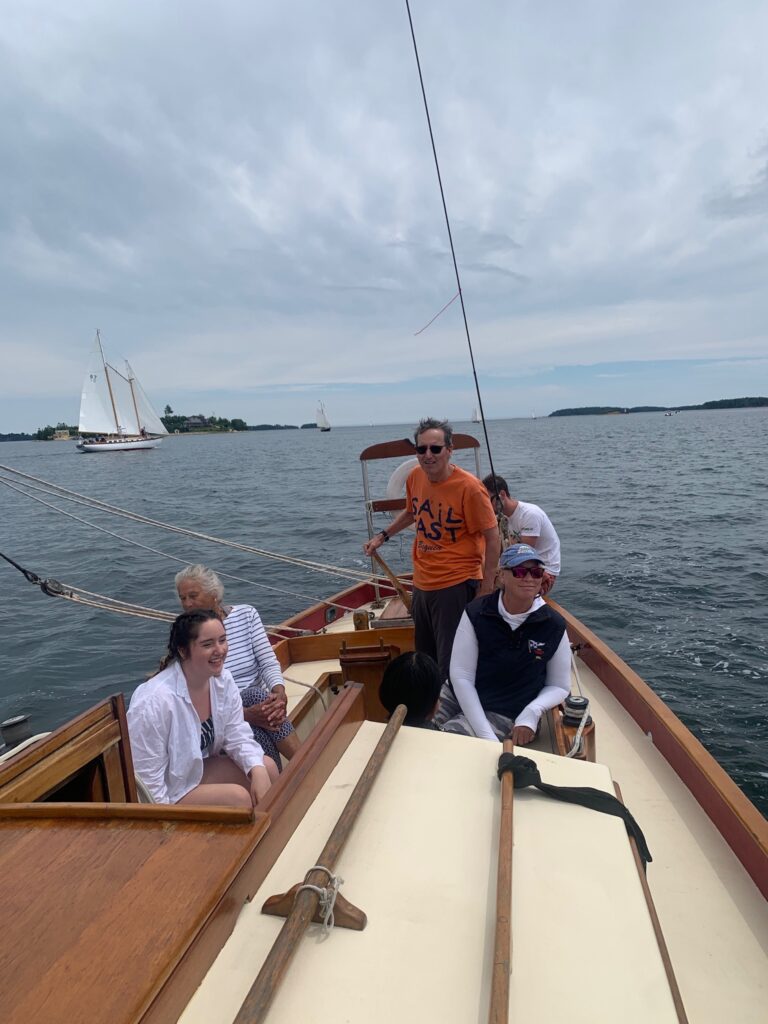 Alex Rhinelander and his family on Comet II 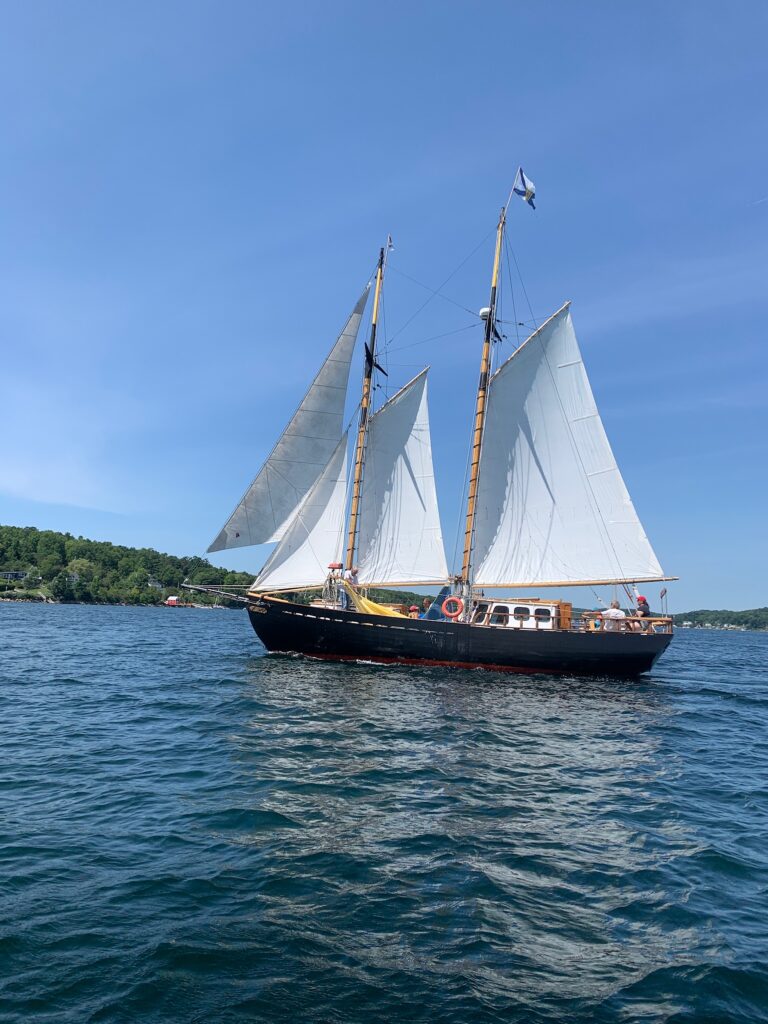 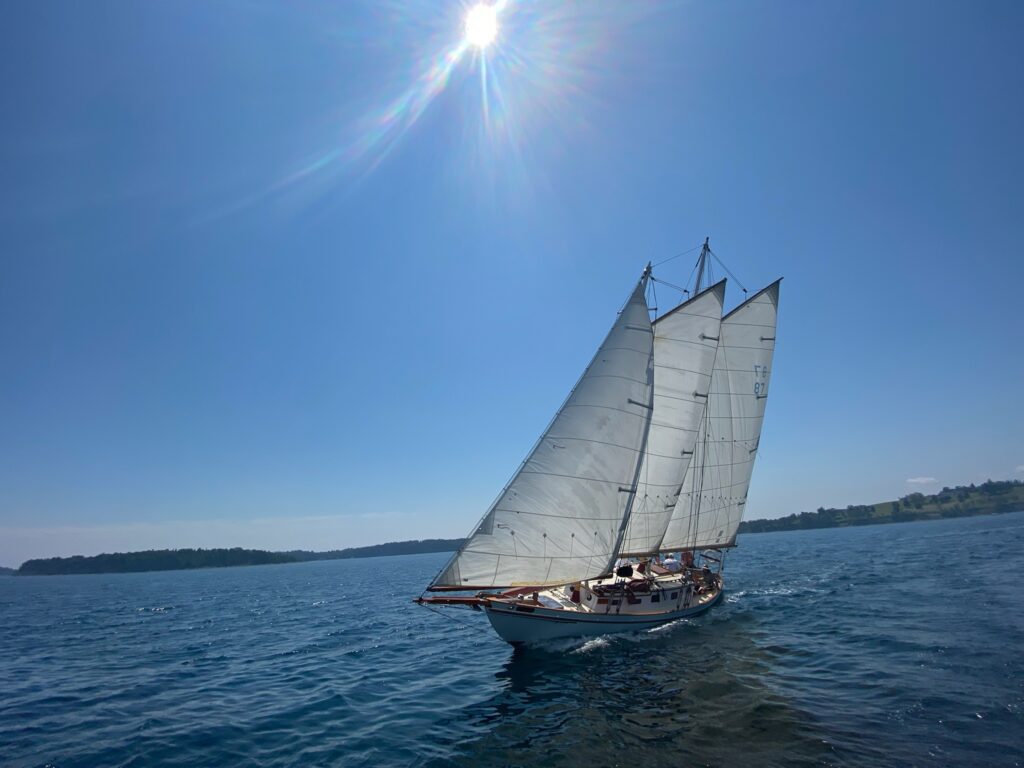 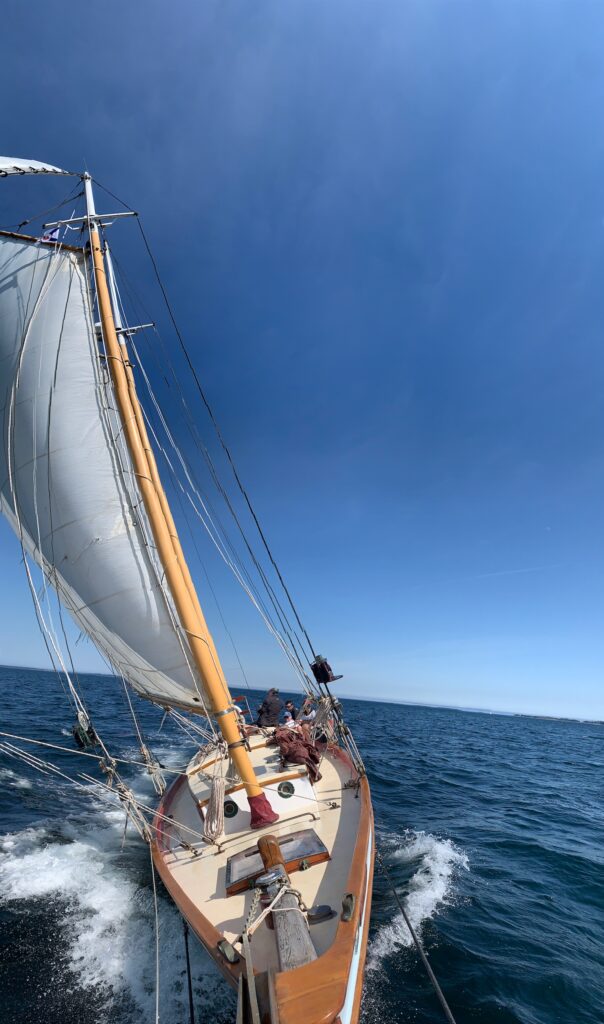 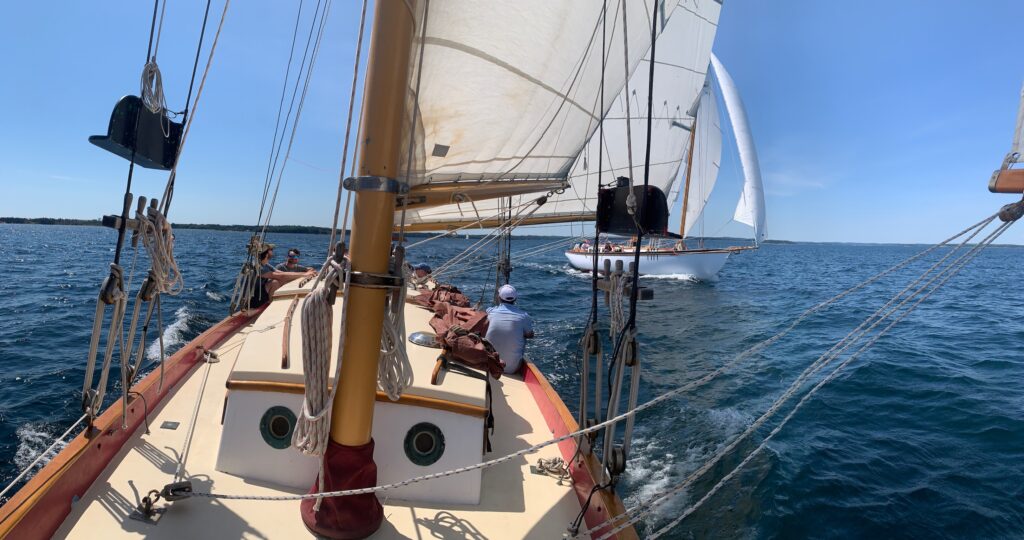 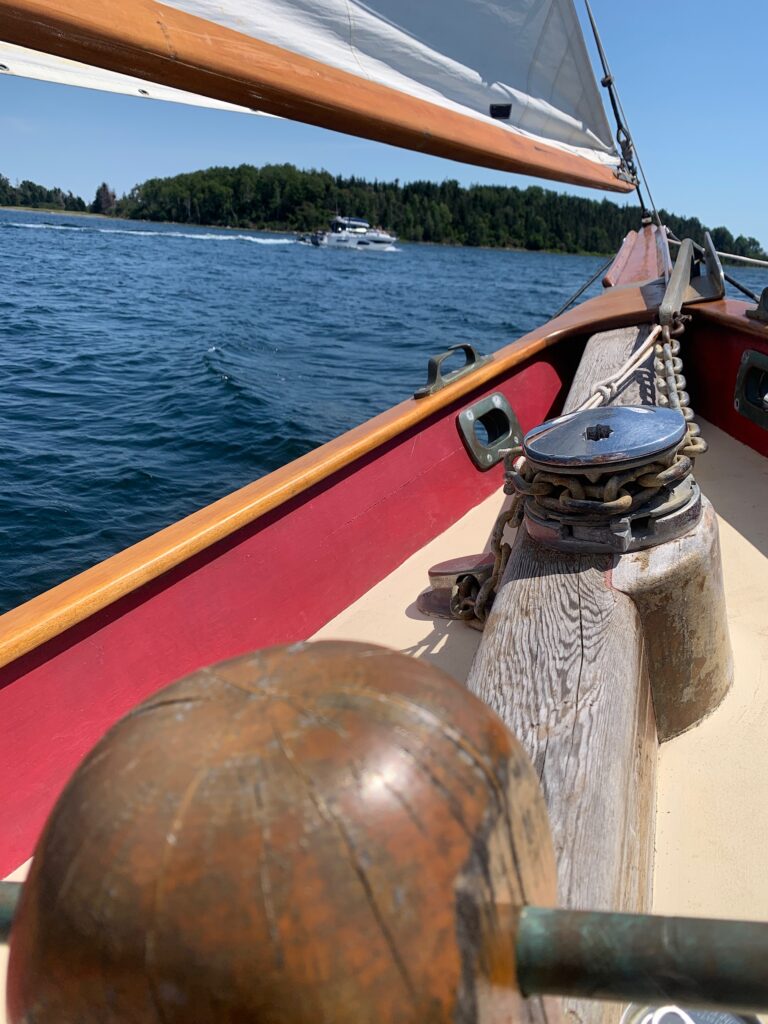 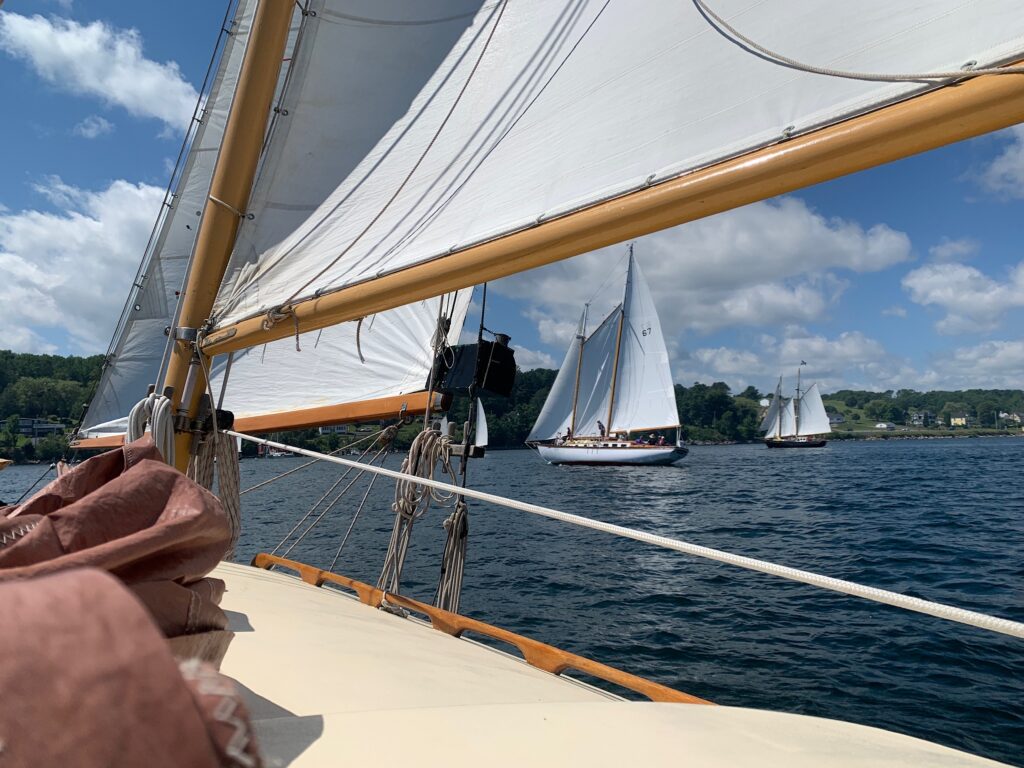 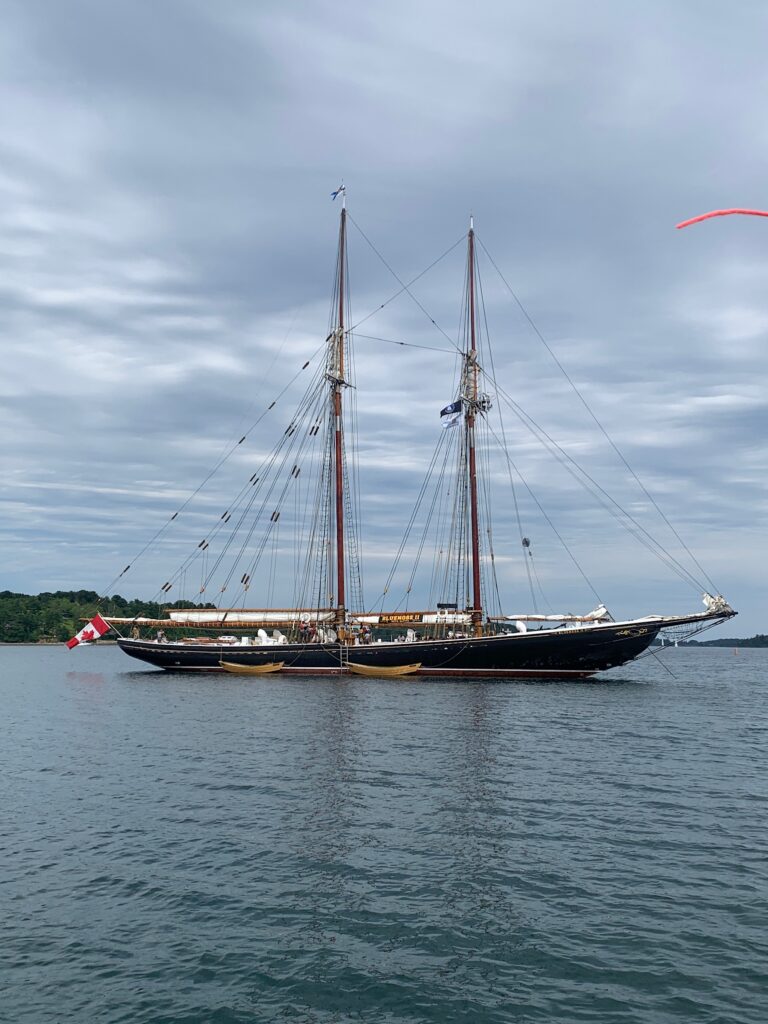 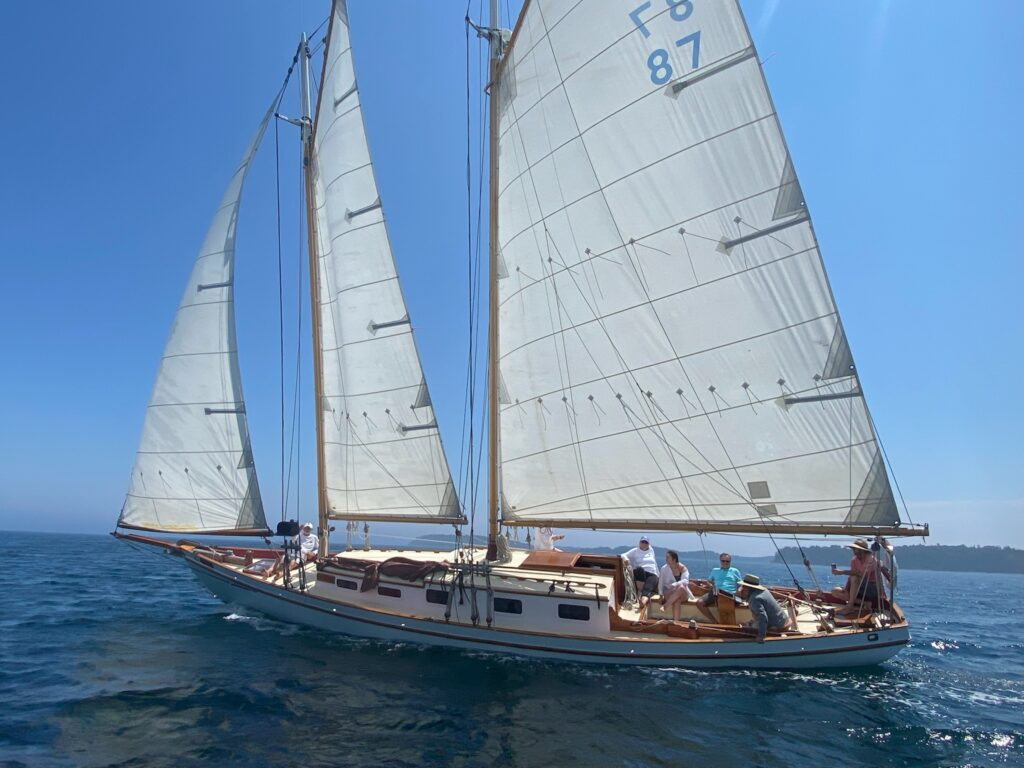 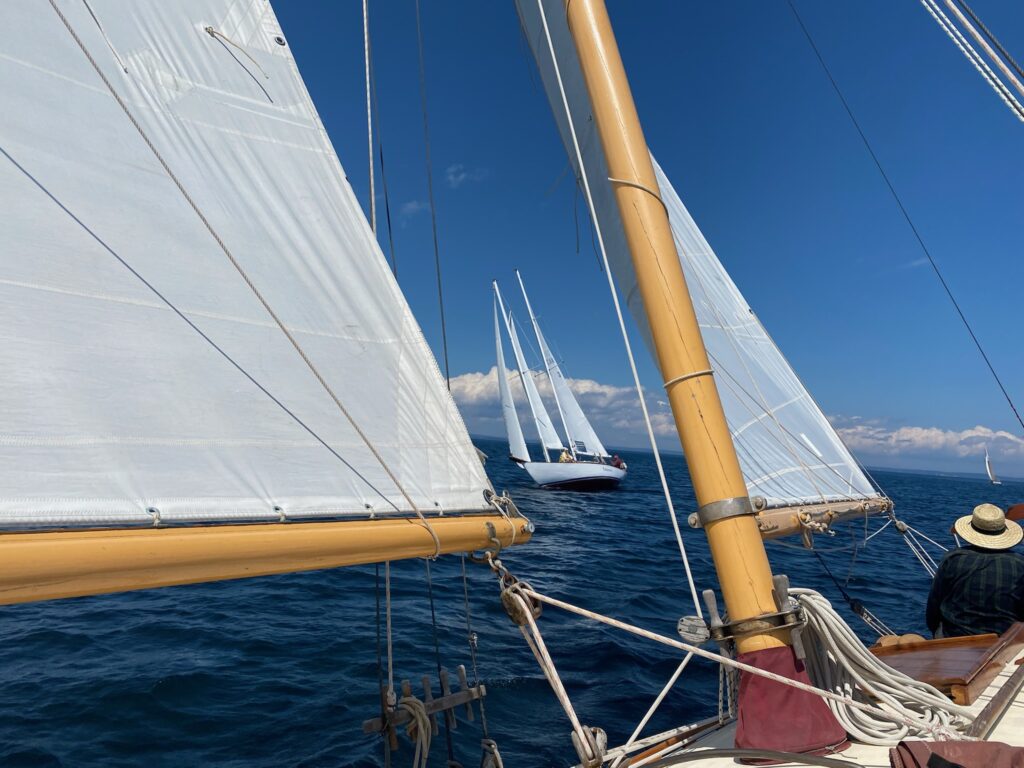 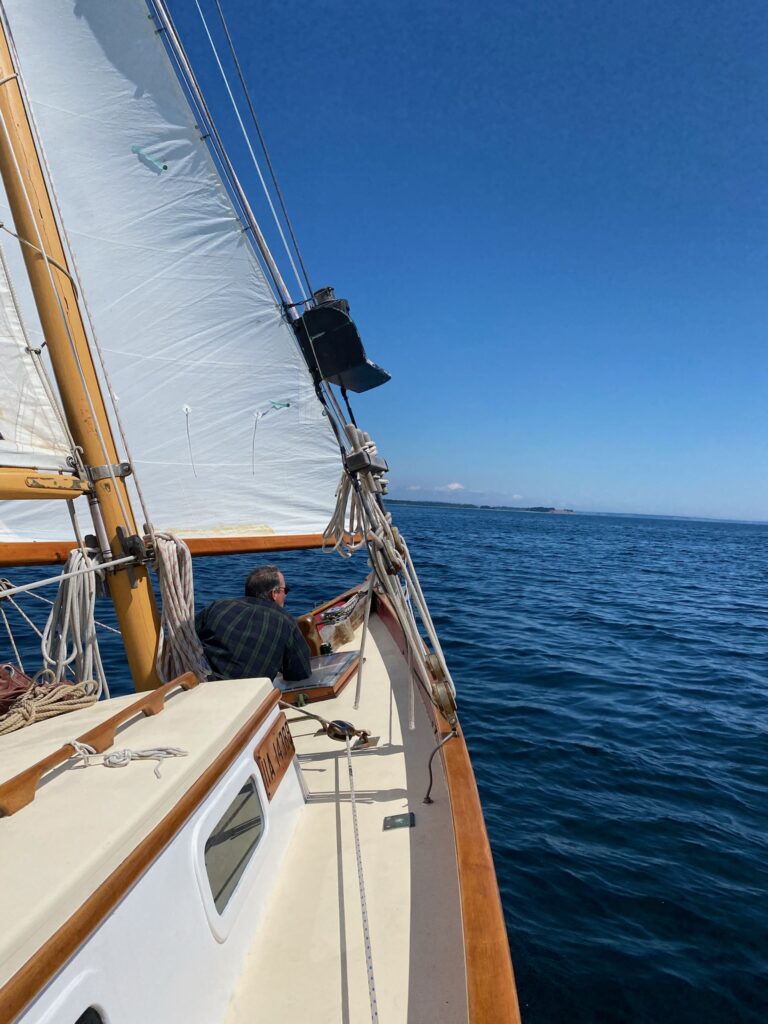 Footnote: I’d like to share my gratitude also with the other Captains and crews of the Nova Scotia Schooner Association. I have immense appreciation for this special community who work hard to preserve the history and heritage of Nova Scotia ship building. I look forward to repeating this experience and bringing some of my JFA colleagues with me next year.