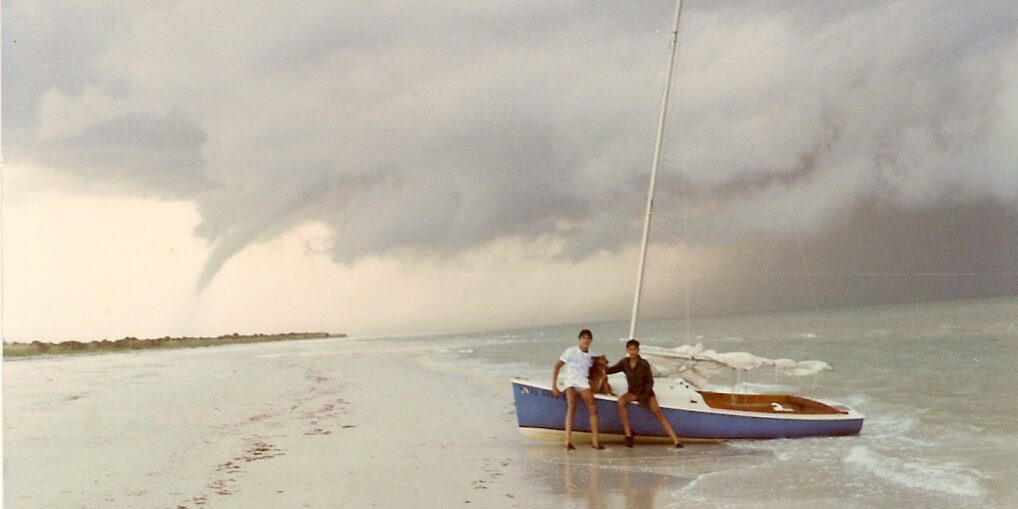 JFA CEO and Founder, James Fachtmann’s passion for the sea traces back to the day his dad brought home a 12-foot fiberglass boat. Disappointed and less than intrigued, 11-year-old James was hoping to someday be a pilot and didn’t see the appeal of the little boat his dad brought home that day. Soon however, those dreams of flying were joined by James’ love of yachting.  The lifestyle, the freedom, and the joys of sailing and yachting also became his passion.

James learned how to sail in Tampa Bay and took to it fast. He and his twin brother spent hours on the ocean, their dog Foxy often joining them on trips. He recalls days rushing to get their homework done so they could get out on the water to go sail and find dolphins near Causeway Bridge, “they were teaching their young how to fish… we’d take the sail down, jump in the water, and hang out.”

Before long, James and his brother started racing bigger boats and winning, earning them the spotlight and invitations to longer races.

For James, The Isla Mujeres race of 2000 is one memory that stands out. Before James and his life long friend and now a Top Gun JFA Broker Capt. Michael “Z” Zornes shoved off from St. Pete to Isla Mujeres, James spent hours scouring old books preparing, trying to understand the currents and wind patterns. On the water, they couldn’t see anyone unless they were in their line of sight because this was before modern-day satellite tracking and technology.  At a pivotal moment in the race, “we had a decision to make, we could stay on the rum line, which is a direct line from A to B, or go off and away from our competition and work my plan based on the weather pattern and the currents,” said James. Not one to play it safe, he advised they go the longer distance to take advantage of the positive current.

It was 4:00 in the morning when James and Capt. Z came up to the finish line. Not seeing any other boats in sight, “we were like, man, we not only lost, but we lost big” but as soon as they crossed the finish line, a loud cannon from a Navy Ship went off, “the whole boat pretty much lifted out of the water, it was so loud, gave us all heart attacks.” They were the first vessel to cross the finish line.  “We were a non-spinnaker class boat, a non-racing boat, competing against all classes of boats. And we won!” he exclaimed.

The brothers of the sea were ecstatic. They docked their boat and found a spot on the beach to watch the sunrise and monitor the finish line. At noon, finally the second-place finisher arrived. They had won, not by a few minutes, not by a few hours, but by 12 hours at 41 minutes!

Stories from the Sea: Turning The Tide of Life
February 1, 2023

Stories from the Sea: A January Delivery
January 5, 2023